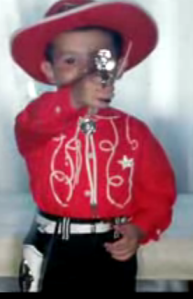 One of the occupational hazards of telling people what they don’t want to hear is that it invites attacks. Particularly if you’re telling them that certain beliefs they cherish, and perhaps have cherished for years, are erroneous. I’ve already fielded a few attacks on this rather young and mild-mannered blog. So as you can imagine, a public figure like Jon Stewart is going to receive his share of harsh backlash. And when he dared criticize fairandbalanced Fox “News”, it’s not surprising that there were people out there who wanted to question his credibility. It’s worth taking a look at some of the techniques they used, since this is by no means the only time you’ll ever see them.

For one thing, some of his critics seem to have forgotten that Stewart is a humorist, and instead treated him like a journalist. Which is to say that rather than looking at his larger point that Fox “consistently” misleads viewers, they focused on whether his claim that this is reflected in “every poll” on “every issue” is literally accurate. Perhaps this is because they were under the mistaken impression he was speaking on a bona fide news program, rather than as a guest on Fox, where anything goes. In any case, fair enough, I guess. After all, Stewart, though he (to the best of my knowledge) has never painted himself as a journalist,  is considerably more accurate than many who do. And if you think I’m nodding in particular toward the TV network he was commenting on, you must be psychic.

Trouble is, PolitiFact’s criticism didn’t exactly address the same thing that Stewart’s remark did. Stewart said Fox’s viewers were the most MISINFORMED. Politifact cited polls to establish that they are not necessarily the most UNINFORMED (or “ill-informed”, which they were using in the same sense).  Two different things. Uninformed is not knowing things that are true. Misinformed is “knowing” things that are not true. Fox may correctly tell its viewers that Lincoln is the capital of Nebraska, but it also tells them (far more often) that global warming is a liberal hoax, and scientists can’t be trusted. An uninformed/ ill-informed person might not know who the president of the United States is. A misinformed person may know, but also may believe he’s a socialist/Nazi/Muslim/satanist.

In addition to a misreading of the word “misinformed” there was a selective reading of the word “every”, which can be interpreted in at least a couple of different ways. I call them the comprehensive (Every state has its own flag.) and the cumulative (Every time I forget my umbrella, it rains.).  In other words, “every” may mean either “all” or “each”. Did Stewart mean all polls on all possible issues? Not bloody likely, since he surely realizes that it would be virtually impossible to devise a poll covering every possible issue – and if you did it would be so damn lengthy no one would sit still to answer it. Most likely, he meant that each poll conducted reveals Fox viewers to be among the most misinformed on each topic covered. But some, apparently having intimate knowledge of the inner workings of his psyche, insist that not only did he mean the first sense, but he was deliberately misrepresenting the facts; in other words HE was the one lying! It’s somewhat like saying, “Every skunk I smell causes me to throw up”, and then me saying, “Liar! You haven’t even smelled every skunk.”

As you well might expect, another ploy has been to question the credibility of the polls themselves. Well hey, that’s not such a bad idea. Sometimes polls are untrustworthy because of faulty methodology or deliberate bias or both. But this becomes considerably less likely when a number of polls stack up in the same direction. One critic of Stewart found one poll particularly questionable because it gauged Fox viewers’ misinformation on the presence of weapons of mass destruction in Iraq. But, notes this commentator, Iraq did possess such weapons once upon a time, and furthermore, they still had some just before the U.S. invasion. (How do we know this? Because he says so!)

It turns out, however, that the poll he references actually asked whether WMD’s were FOUND in Iraq AFTER the U.S. invasion. The correct answer, I suppose, is that it depends on what the definition of “is” is.  I suppose that if the Iraq Survey Group had found thousands of skeletons in body armor, Fox could have argued that they constituted a mighty army. What they found was nothing that qualified as an active WMD, nor as evidence that a WMD program was still in place. They only found impotent remnants of chemical weapons that had been stashed for a decade or so, and which the ISG and the CIA determined were of no military value. But Fox, of course, knows better, and so do its viewers.  Just as they do on numerous other issues, including some covered in that very same poll.

Red Herrings and Straw Men and Tangents, Oh My

Oh yes, and there was even the suggestion that Fox shouldn’t be given credit for the lies it relentlessly promotes if someone on its payroll didn’t actually originate them. C’mon, do I really need to comment on that??? True, Fox didn’t invent the Death Panel rumor. Nor, for that matter, did one of Fox’s specific components, one Sarah Palin. That honor apparently belongs to Betsy McGaughey, a former director for (Surprise!) medical supply corporations. But she only said it a few times, and how many people have even heard of Betsy McGaughey? Fox has repeated it dozens if not hundreds of times, and how many people are familiar with Fox?

This is probably not an exhaustive list of the smear tactics used against Stewart, mind you. It’s just a suggestion of a few things to look for as you hear this thing they call a debate.