Of Home Invasion and Halitosis 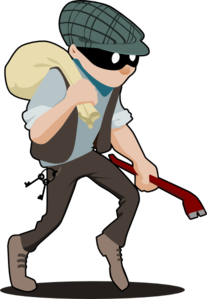 Having deflated the popular myth of 2.5 million defensive gun uses per year, let’s draw your attention to another popular number associated with it: 3.6 million. That’s the number of alleged home invasions that occur every year in North America -which apparently includes such remote outposts as Canada and Mexico. That works out to about 8000 per day. And that’s often accompanied by the equally stark claim that one out of five houses will be the target of a break-in. Pretty scary stuff, huh? Exactly.

As with the DGU nonsense, there are no real statistics to back up such assertions. Law enforcement agencies keep tallies of neither defensive gun use nor home invasion as such, so the marketers of products are free to seize upon whatever figures sound impressive.  Over and over again, you’ll see these questionable numbers repeated with authority, even on websites that have the best of  intentions and generally offer sound advice on crime prevention.

One exception is Home Invasion News, which obviously regards the threat as serious enough to generate an entire website to warn people about, but doesn’t want to go into panic mode:

“Finally, there is this breath-taking statistic: “8,000+ home invasions occur in North America every day.” North America? Including Canada? And Mexico? Every day? C’mon, guys. Nobody has these statistics, not even the FBI. Moreover, judging from the nationwide RSS feed posting every day on Home Invasion News, we aren’t seeing even 80 home invasions, let alone 8,000. Outrageous!”

The writer doesn’t say how many stories are posted per day, but even 80 per day would be only about 29,000 per year.  As with the proposition of violent crime or crime in general that might warrant using a gun, the home defense industry has taken a legitimate risk and amplified it so much out of proportion that it morphs into a totally new (and quasi-mythical) creature.

You’ll see this tactic more than occasionally in the world of marketing: first they create (or magnify) a problem, then they offer the solution. The makers of Listerine struck gold by exploiting the nasty-sounding medical term halitosis, which is just a fancy name for bad breath. They didn’t really coin the term, mind you, but they did make it a household word. And it worked wonders; halitosis just sounds so much more dire and ominous than “bad breath”, and much more in need of a medicinal remedy before it leads to drastic consequences.

Nobody is suggesting that you leave your doors unlocked at night or go jogging through Central Park at midnight or suck on a chunk of Limburger before a big job interview.  But if you blow the risks up out of proportion and live in constant fear, your life is not your own. It belongs to Listerine, the NRA and Madison Avenue.