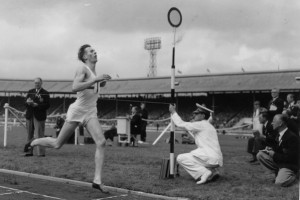 If you read the prior post on cherry picking, you may recall that I cautioned about seizing upon isolated incidents as “proof” of something. Now, however, I’d like to draw your attention to the fact that an isolated incident is always proof of something. A contradiction? Not at all. It just depends on what it is you’re trying to prove.

Consider a popular example: the use of guns for self-defense, commonly called defensive gun use (DGU). You’ve no doubt heard about plenty of these incidents; chances are your gun-loving friends will Facebook or Tweet every time such an incident drifts into their crosshairs, perhaps passing it along with the comment that “this proves that guns make us safer”.

But does it? “Us” is in this case a very inclusive pronoun. In order to prove that guns make “us” safer overall, you’d have to demonstrate that they effect a net reduction in crime — i.e., that the are used to prevent more crimes than they are used to commit. Nobody has ever been able to demonstrate anything even close to this.

For that matter, these incidents don’t even prove that guns make the individuals involved safer. They do prove that in some cases, guns can be used in self-defense. And that is essentially the value of an isolated incident: it demonstrates that such an occurrence is a possibility. When Roger Bannister ran the first recorded 4-minute mile in 1954, he proved once and for all that such a feat can be done. He didn’t prove that anyone could do it, but he did prove that it was at least humanly possible. (Since then, it’s been accomplished many times.)

It’s been established that tobacco and excessive alcohol are harmful to health. Yet every now and then, you’ll hear about a man who’s lived a century even though he’s savored a cigar and a glass of whisky every day for years. Has he proved that medical science is wrong? Or that — as some of these superannuated persons maintain — these vices actually promote longevity?

Of course not. He disproves the absolutism that tobacco and alcohol invariably lead to premature death. And he proves that some regular smokers and drinkers can live long lives. But he’s done nothing to discredit the science that says such indulgences are harmful in general.

Scientists, however, are sometimes scornful of anecdotal evidence, declaring it to be totally worthless. Which is ironic, given how dependent they are on it. A scientific experiment is preceded by a hypothesis. And where does the hypothesis come from? Anecdotal evidence, quite often. Like the rest of us, scientists exercise inductive reasoning: they notice specific events and extrapolate from them that there might be a general pattern. Unlike the rest of us, they undertake methodical tests in an effort to prove this hypothesis — or hopefully, an effort to disprove it, since that’s really the only way to accomplish either proof or disproof. And how do they do this? By collecting more anecdotes, either in a laboratory or in the wild. But this isn’t considered anecdotal evidence, since the events are collected systematically rather than haphazardly.

Still. every anecdote does prove something. The trick is interpreting correctly what it proves, rather than being led over the lemming ledge of unwarranted conclusion.

(For more on the role of anecdotes in science and medicine, see here and here.)