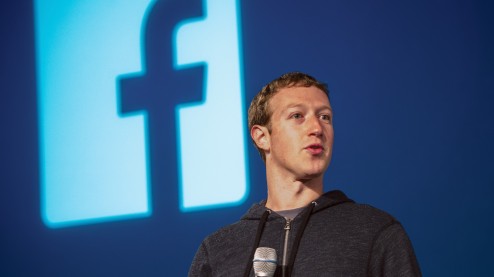 It seems nobody is very happy with Facebook these days. And heaven knows, there is plenty of reason for the disenchantment. The social media titan has become a contemporary Frankenstein story, a case of technology that began with benign intentions but morphed out of control and has become a destructive monster — or more like a massive army of destructive monsters.  What was once a channel to keep people in touch with each other and facilitate the sharing of experiences and information has become a seedy and devastating conduit for disinformation that seriously threatens whatever is left of democracy.

The following meme, which has made the rounds repeatedly, is a good indication of the kind of malfeasance that takes place regularly on Facebook:

Have you ever known a Muslim to say they were “offended” by the American flag? Have you ever known a “liberal” to say such a thing? But the people who share this meme accept both propositions as indisputable fact; thus, the meme stirs up hatred toward two groups simultaneously — under the pretext of shoring up patriotism. And quite often, the false information passed along consists of more specific misrepresentations of fact — i.e., relating a phony incident in which some Muslim supposedly disrespected the flag. (Meanwhile, social media and regular media have ignored or glossed over the fact that an American sailor who died trying to stop the gunman at a navy base in Pensacola was himself a Muslim.)

If you haven’t already done so, I urge you to watch the TED talk by Welsh journalist Carole Cadwalladr, a sobering presentation about her research into Facebook’s role in swinging the ultra-slim vote on Brexit in 2016, as well as in influencing the outcome of the 2016 U.S. presidential election — two catastrophes, by the way, which are quite connected. The Cliffs Notes: in both cases there was a lot of disinformation meticulously fed to voters via Facebook. In Great Britain, this actually included the commission of major crimes. But when parliament investigated, Mark Zuckerberg refused on multiple occasions to come and testify. He has found plenty of time, however, to meet with the Forty-Fifth White House Occupant and his accomplices, and to appear at some of the endless congressional hearings on how conservatives are supposedly being persecuted by Big Tech. 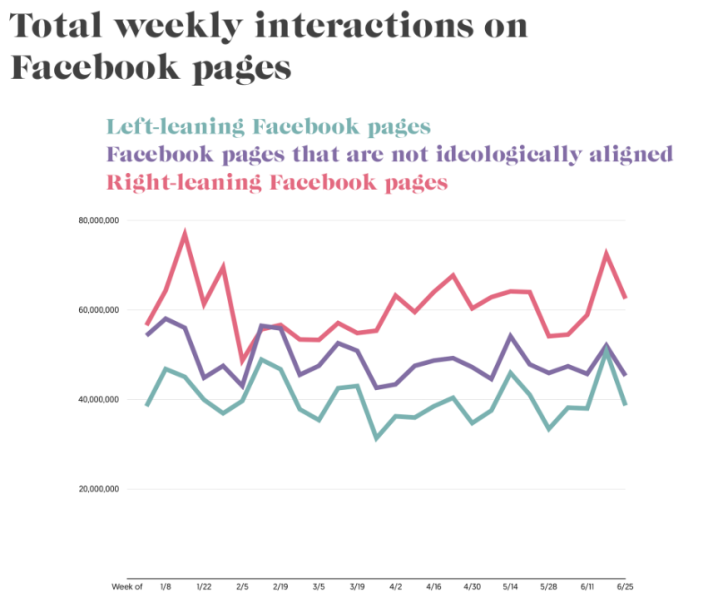 One thing you have to give Zuckerberg credit for is that he has paid attention to the complaints. Thing is, he seems to have paid the most attention to complaints from right-wingers — the very ones who have committed most of the offenses. Consequently, Facebook has taken some measures to clean up its act. Unfortunately, they’ve mostly turned out  to be little more than Band-Aids at best, and some may even be counterproductive.

In an ostensible effort to combat fake news, Facebook has enlisted the services of several fact-checking organizations. The problem is that some of these fact checkers are heavily biased, and some are even affiliated with right-wing websites and organizations. (Not one of them, however, is left-leaning; the common pretense that some, like Snopes, are “liberal” stems merely from the popular tactic of labeling as “liberal” or “leftists” any site that debunks right-wing claims.) One of them is Check Your Fact, which is affiliated with the rabidly right-wing Daily Caller, the website founded by the unabashed white nationalist Tucker Carlson of Fox “News”. Facebook also initially teamed with the now-defunct Weekly Standard, which had a long and especially egregious history of promoting right-wing misinformation. These right-wing “fact checkers”, for instance, have a habit of pushing climate science denial, and have been known to flag genuine science as “liberal propaganda”.

And how does this fact-checking mechanism operate? An acquaintance who’s encountered it informs me that it sends to the user who posts a dubious link a notification to the effect that factual problems have been found with that article; and a link is provided to the debunking resource. But in this case the factual error contained in the posted link was relatively minor, and did not affect the main thrust of the article. Furthermore, and perhaps most significantly, Facebook did not issue its fact check until several days after the post — during which time it could have been shared millions of times all over the world. And one must wonder how many dubious or patently false posts slip through this flimsy net.

The utterly false claim that the Obama family banished the nativity scene from the White House will, quite likely, become a resurrected zombie on Facebook every year until the end of time. It’s been soundly debunked, but those spreading the lie either don’t know or don’t care; they took the initial bait and there’s no holding them back now. Wouldn’t it be nice if Facebook could squelch rumors like this in the bud? Surely it has the tech savvy to filter out many blatant falsehoods from the get-go by banning sources known to be dishonest. Instead, Facebook is teaming up with some of these factories of fake news.

Mark Zuckerberg has a long, shady history of schmoozing with and kowtowing to right-wing extremists. When questioned about this, his rather lame response was:

Cute bromides. Trouble is, nobody has been able to find a single example of a time he’s had dinner with someone on the left side of the spectrum. But hey, the bias he shows in his choice of dining companions doesn’t necessarily reflect how he operates his business, right? Not necessarily so, but apparently it very much does.  Conservative activists working for Facebook determine many of its policies. Manipulators from abroad have been given rein to plant propaganda on Facebook that supports the Forty-Fifth White House Occupant. And Facebook has classified unhinged right-wing conspiracy site Breitbart as a “reliable source”. Furthermore, Zuckerberg et al have decided to exempt political ads from Facebook’s fact-checking controls. This in itself gives the current crop of Republicans a huge advantage.

An excellent illustration of how Facebook bends over backward to placate right-wing extremists occurred in August of 2019 when “pro-life” activist Lila Rose posted a video claiming that abortion is never medically necessary. After it had already been shared thousands of times, it was fact-checked by an independent organization called Health Feedback, which had it reviewed by three doctors who determined that the video was factually inaccurate. Consequently, Facebook flagged it as such. Whereupon Rose and her cohorts went into conservative outrage mode, howling about being suppressed and censored and marginalized by the left. They even got some politicians to join the chorus, including the ever-dependable Ted Cruz, complaining to Facebook that doctors who actually worked in the field couldn’t possibly know as much about the topic as a right-wing activist, and clearly it was just left-wing bias at work. The upshot was that Facebook caved and lifted the fact-checking notification on the video.

And so it goes. Two big takeaways from this incident. First, the video had already spread very wide and done a good deal of damage before it was even subjected to fact-checking. Second, even after it was fact-checked, right-wing ideology was given precedence over solid facts. As it so often is.

Zuckerberg has adopted the faux-democratic stance that the users of his platform should be able to make up their own minds about the veracity of a story; he apparently is living in cloud cuckoo land. The piddling fact-checking resources (or, for that matter, fact-checking inclination) of the average American are simply no match for the enormous resources and marketing tools that politicians have at their disposal. There is nothing less democratic than just allowing anyone to post whatever they want without any responsibility to be truthful and accurate. The First Amendment guarantee of free speech in the public forum does not preclude a company like Facebook from enforcing higher editorial standards on its own platform, nor does it relieve Zuckerberg from the moral duty to do so.

If this article had been posted only a few days ago, the news would have been almost unrelentingly bleak. But during that time, there has been a development that offers at least a glimmer of hope. Facebook has removed 600 accounts that were created by bots associated with the right-wing Epoch Times, and used to spread propaganda in support of 45. But this is only the tip of the iceberg toward which the ship of state is headed under full steam. There is much, much more that needs to be done.

Facebook is a fact of life, and indeed it has become an integral part of life in the Twenty-First Century. It isn’t going away. And it probably isn’t going to get a whole lot better anytime soon. Get used to it.