Coronavirus and the Cocoanut Grove Effect 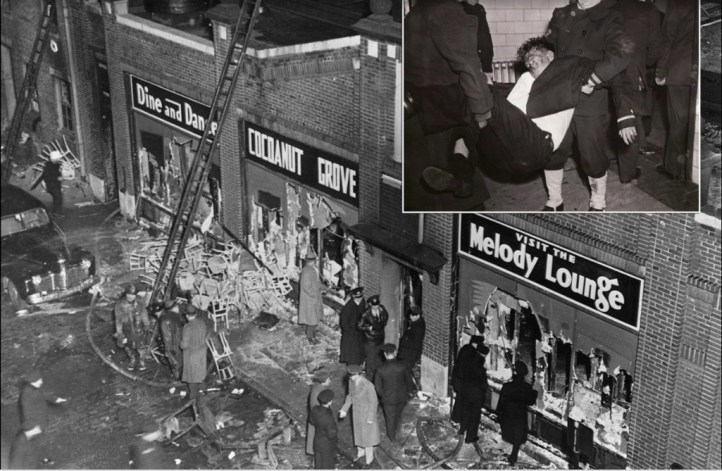 With the advent of the viral disease COVID-19 (more commonly known as coronavirus, a broader label designating a category of viruses that have been around for a while — COVID-19 is the disease caused by one strain of coronavirus), we’ve witnessed a pervasive manifestation of mob behavior all over the world. In most cities, toilet paper, hand sanitizer and other items have been unavailable on market shelves for a couple of weeks. And many other goods, including cleaning supplies, canned food and meat have also virtually disappeared. At one Costco, a single customer purchased three pallet loads of sanitizing hand wipes. And lest we forget, many folks also have been piling up the guns and ammo, which presents hazards of its own.

Many people have characterized this behavior as unprecedented in the U.S., but that isn’t exactly true. Although the specific circumstances are quite different, the essential problem is eerily reminiscent of the Cocoanut Grove disaster decades ago.

The Cocoanut Grove was a popular Boston nightclub in the Thirties and the beginning of the Forties. Then in November 1942 it was the site of the deadliest nightclub fire in the nation’s history, and second-deadliest fire of all — 492 lives were lost and there were many additional injuries. The death toll, however, would not have been nearly so high if people had been able to exit the building properly. But the only serviceable exit was the main entrance, a revolving door which broke as the patrons rushed to get out on both sides. (Somehow that seems like the perfect metaphor for self-defeating mob impulse.) Panicking to put themselves first above the crowd, they did more damage than the fire itself would have done had they exited in a more rational fashion.

Similarly, many Americans, apparently fearing there would be a shortage of food and supplies (there wouldn’t have been) have stockpiled and hoarded in apocalyptic fashion. As a result, their unfounded hysteria has morphed into a self-fulfilling prophecy.  Because of selfishness, panic and short-sightedness, food and other essentials (especially toilet paper — what the actual fuck?) have become scarce to nonexistent. “Normal” consumers, seeing the scarcity caused by the hoarders, have felt prompted to do a little stocking up themselves on those items they can find, lest they be unavailable very soon.

And so on, in an endless snowballing cycle of panic shopping. And the people who have been hurt the most are the elderly, the infirm and the indigent. The people who buy two dozen packages of toilet paper for themselves don’t seem to care in the least that it might leave none available for the 80-year-old widow on the corner or the unemployed mother of four.

Tragic as it was, the Cocoanut Grove incident had some positive outcomes. It caused a drastic rethinking of building codes — it is because of Cocoanut Grove that buildings all are now designed with, among other things, doors that open outward. A simple, life-saving idea, and yet it took a huge tragedy to make it happen.

There have been some regulatory responses to COVID-19 as well, but they have come from state and local governments rather than the federal government. In fact, Republicans in D.C. spent the first few weeks of the crisis trying to ignore it — worse, trying to bury it in order to stave off political fallout. Even after it has become clear that we have a major crisis on our hands, many right-wing media outlets have faithfully indulged in denial.

One of the most interesting remedial actions was taken by the state of New York, which responded to the shortage of hand sanitizer by producing its own, to be distributed for use at state institutions.  And Gov. Andrew Cuomo warned that if the price gouging continued (One Manhattan hardware store reportedly was selling the stuff for 79 dollars a bottle!) he would put the state-manufactured product on the open market.

The measures like those taken by New York are a good counterpoint to those who like to claim that the government never solves our problems  — which is a very odd assertion given that the United States government was founded for the very purpose of solving some rather serious problems. Without government intervention, the developments in building construction that have prevented subsequent Cocoanut Groves would have come about far more slowly, if ever. Now it’s time to ask, before the next novel virus surfaces, what government steps can be undertaken to prevent future pandemics, epidemics or even plagues.

We learned valuable lessons from Cocoanut Grove. Will we learn anything from COVID-19?