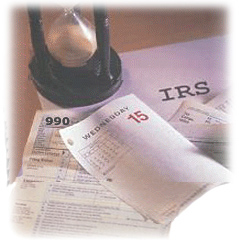 As an officer of a small tax-exempt nonprofit corporation, I recently completed its annual filing requirements with the IRS. The process was handled online and took about two minutes. Yes, you read that right. TWO MINUTES. This is in marked contrast to a couple of years ago, when the organization’s informational form required more or less as much time as an individual tax return. Under the Obama administration, the IRS has VERY GREATLY simplified the paperwork for small organizations like ours, and DOUBLED the income threshold under which organizations may qualify for such simplified processing. But this is not what you’ve been hearing from the media.

What you’ve been hearing from the media is that the Obama administration is embroiled in an “IRS scandal”, with adjectives like “Orwellian” and “Nixonian” and “chilling” routinely slapped on.  I’ve lost count of how many times I’ve heard the latter adjective invoked, or of how many times I’ve seen headlines like “IRS Admits to Targeting Conservative Groups”.  Texas Republican Kevin Brady even asked an IRS official “Is this still America?” The Spin Machine has churned out some very concentrated work here.

First of all, it wasn’t the IRS as a whole that committed the supposedly abominable acts in question; it was a handful of low-level and overworked employees at a single IRS office, burdened with the task of filtering out applications of genuine charities for tax-exempt status from applications of activist groups trying to game the system. And it certainly wasn’t anything that President Obama personally was involved in. It’s highly amusing to see that those who have been calling for his testicles on a platter over this “scandal” are often among those who believe — or claim to believe —  that he can’t even speak without a teleprompter; yet they also seem to believe that he personally dictates every little action by each of the nation’s 4.4 million federal employees.

Second, “targeting” is a very interesting word choice. It suggests that the IRS audited these organizations, or sent out thugs to seize their property and padlock their doors, rather than just making sure new tax-exempt organizations dotted the “i” and crossed the “t”.

Third, these were generally not conservative groups, but just the opposite — radical right-wing groups that preach hatred of the government, of the Obama administration in particular, and — lest we forget —  taxes. And you’re outraged because a few employees of the IRS suspected that maybe these organizations might be less than forthright about their tax-exempt status? Seriously?

One pretext for the outrage is that the “targeting” was not done evenhandedly, but that right-wing applicants were flagged more frequently than left-wing or neutral applicants.  And in theory, it sounds fair to treat everyone equally. But on the real planet earth, right-wing groups simply raise more red flags to be flagged for.  Though things were different half a century ago, it’s not currently the left-wing groups that are bitching about taxes and glorifying violent revolt against the government. Thus, if “treating everyone equally” means making certain that everyone equally abides by guidelines, then (though it may sound paradoxical) it actually requires focusing an especially tight lens on right-wing organizations.

The official spin is that Tea Party affiliates were “targeted” because of their ideology.  Few among the talking heads in the media or the GOP are willing to even consider the possibility that they were in fact “targeted” because of their actions.  The right-wing Leadership Foundation has tried to cash in on the “IRS scandal” bandwagon on the basis of an audit that was initiated initiated more than TWO YEARS ago of activities the organization conducted FIVE years ago.  The Foundation has been affiliated with the likes of Karl Rove and even James O’Keefe. Yet it protests that it has been “targeted” by the IRS purely because of its convictions.

Many “news” outlets have revealed that the IRS commissioner who supposedly was doing Obama’s evil bidding was a Bush appointee (no no no, wingers, this is not the same as “blaming Bush”). What isn’t so much reported is that the IRS manager who actually instigated the “targeting” was himself a “conservative Republican”. That just doesn’t fit the narrative very well.

Tax-exempt organizations, whether of a political nature or not, must operate within a nonprofit, nonpartisan, and genuinely educational framework.  And many political organizations have been falsely passing themselves off as charities for years with impunity in order to abuse the system.

Furthermore, an increasing number of “conservative” churches — a type of entity that does normally fit the standards for tax-exempt charity categorization —  have also thumbed their noses at the regulations they’ve agreed to abide by, using their pulpits to stump for political candidates. Or more precisely, they’ve been using their pulpits to stump against political candidates. More specifically, any and every Democrat. Especially Obama, about whom they’ve joined the nutball chorus railing against “socialism”, “death panels”, etc. etc. Yet the IRS and the Obama administration have turned a blind eye and a deaf ear.

To be sure, the IRS has been known in the past to persecute organizations for political reasons. There was, for example, the audit of the NAACP. And the one of Greenpeace. And the intimidation of All Saints Episcopal Church of Pasadena. But those aren’t exactly “conservative” organizations. In fact, they’re organizations that are usually considered quite “liberal”. And these episodes didn’t occur under President Obama; they occurred under George W. Bush.

Furthermore, these groups were not “targeted” merely by having their applications scrutinized. The NAACP was audited after it criticized Bush for being the only acting president since Hoover not to address the organization. All Saints was threatened with revocation of its tax-exempt status after it spoke out of against the war — something conscientious Christians have been doing for ages. And Greenpeace was audited after it called Exxon Mobil the “number  1 climate criminal” — an audit launched specifically at the urging of the right-wing Public Interest Watch, which was heavily funded by Exxon Mobil.

And to what extent did the GOP and its media enablers regard these actions as scandalous and chilling and un-American? Well, um, they didn’t exactly say. But when Democratic Rep. Adam Schiff tried to launch an investigation of the Bush administration’s IRS for what were evidently blatant and severe abuses of power, he found a grand total of ONE Republican in Congress who was willing to cooperate. The indignant guardians of justice and liberty at Fox responded with a chorus of crickets.

But with a Democrat in the White House, the world is turned on its ear — or at least the world of the wingers. You may recall how they threw everything they could at Clinton in hopes that something would stick; that apparently wasn’t just a fluke, but the new standard playbook. Only it appears to have become even worse. Much, much worse — unless it’s true that the vendetta against Obama is largely racially motivated.

Far-right mouthpieces hiccup the word “impeach” in a Pavlovian fashion every time the President breaks wind, generating a fad that the incomparable Rachel Maddow characterizes as the “impeach Obama for something — anything” craze. In their rare moments of candor and lucidity, the scandal-mongers will acknowledge that they don’t have a ghost of a hint of a shred of actual grounds for impeachment. But hey, they’re keeping the impeachment machine well oiled with propaganda anyway, just in case some miracle does fall from the clouds and into their laps.

Once upon a time — say, in the day of the Founders of the Republic — impeachment was a procedure reserved for the most grave of offenses by a chief executive. There is no indication that Obama has broken any law at all, much less one that serious. Hell, he hasn’t even been carrying on with an intern. But it’s just so much fun to blame all the country’s problems on him, isn’t it?

The IRS “scandal” is just one in a long series of phony scandals the GOP has tried to plaster Obama with — another supposed regime-toppling outrage that is (say it together one more time, kiddies) “worse than Watergate”.  One in a long series of Watergates/ Waterloos the media have tried to assign to this president.  None of which has held more than a spoonful of water.

(Next: NSA and some other nifty letters.)