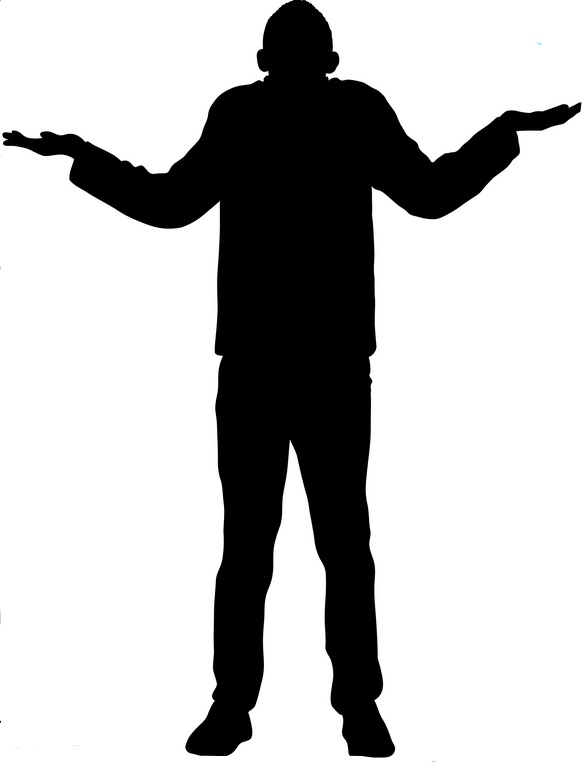 In one of the many classic moments of hilarity from the I Love Lucy TV series, Lucy and Ricky simultaneously get the idea of cheating to win a wager about who can catch the largest fish. Each one purchases a huge fish that they will pretend to catch; and as they lug their respective fish specimens down the hall backward, they bump into each other. Whereupon Ricky demands, “Lucy, what are you doing with that fish?” To which she responds: “Uh… what fish?” It’s as bold a denial as you can find. And it’s an excellent metaphor for denial, the next in our series of propaganda techniques.

Like the other propaganda props we’ve examined, denial can also be simply a personal maneuver or habit, for better or worse. You often hear people say that someone is “living in denial”. You’ve probably seen many men who are in denial about going bald, and consequently indulge in ridiculous comb-overs. Sometimes they even get elected president, and drag in all kinds of other denial along with them.

Perhaps the quintessential personification of living in denial is Miss Havisham in Great Expectations. Having been jilted by her lover many years earlier, she lives as an elderly lady in anticipation that he will return, to the point of wearing her tattered wedding dress and keeping the moldy and bug-infested wedding cake on display.

Of course, there’s a difference between defensive and proactive denial, though sometimes it’s admittedly a gray zone. When people are attacked or accused of something, they often shift into public denial mode, especially if they have some kind of public image or position to defend. Thus, we have Nixon insisting that “I’m not a crook” and Clinton insisting that “I did not have sex with that woman.” They were essentially just imitating Lucy’s dumb act, hoping that the public would accept the denial and ignore the huge fish in front of their eyes. 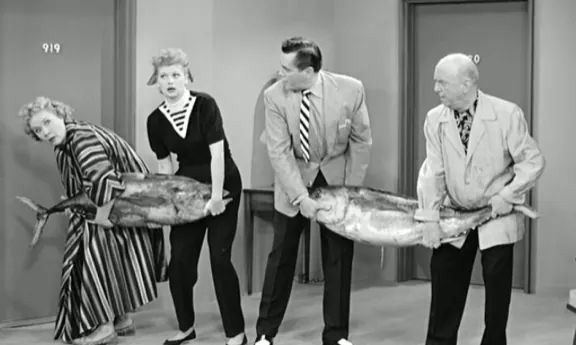 They were both acting primarily out of self-defense; and yet there was a huge difference. Nixon’s denial was in the form of a defense against his general character, and one might argue that it was therefore to some degree a proactive denial — i.e., he was trying to lay the groundwork for future offenses that involved his performance as a public servant. Clinton, on the other hand, was denying one specific action; and all these years later, it’s still very hard to see exactly what connection there was between his performance as president and his sex life.

Passive/ defensive denial is ignoring evidence about climate change or racism, etc. because they threaten your belief system. Proactive denial is making a deliberate effort to persuade other people to ignore such evidence.

If you want a good glimpse of denial in action, tune in to the Twitter feed of Dr. Kevin Kruse, professor of history at Princeton University. No, no, Professor Kruse himself isn’t the one guilty of denial; he’s incredibly well-informed and well-documented, and he has provided, in concise Twitter threads, some very substantial mini-courses in history that soundly shatter some of the revisionist myths. But the denial comes from his detractors who pop up in his feed and insist that, no matter what kind of sound documentation he presents, he’s wrong because he just is. Some of the attackers advise him to read a history book — apparently quite unaware they’re talking to a man who writes history books.

One of his most frequent attackers is right-wing pundit and former convict Dinesh D’Souza, who has written an embarrassingly inept revisionist book that tries to make the claim that fascism is a leftist movement. (It’s essentially a rehashed and watered down version of a similarly embarrassing book by Jonah Goldberg of National Review infamy.) That’s one of the tropes he keeps lobbing at Professor Kruse — another being that the Southern Strategy is a myth, and that the two major political parties are still essentially the same as they were 150 years ago. Professor Kruse has not only swatted down these false claims but absolutely crushed them with a mountain of irrefutable documentation. And yet, no matter how hard D’Souza gets slammed against the wall, he keeps coming back for more punishment. While he and his fans proclaim that he has “owned” Kruse.

As a rule of thumb, the more frequently someone denies something — particularly without being prompted– the more certain you can be that the allegation is true. (See: NO COLLUSION, NO COLLUSION, NO COLLUSION!!!) No matter how overwhelming the facts may seem to be, you can make them all vanish in a puff just by uttering the magic words “Wrong!” or “Bullshit!” or “Fake New!”. And of course it goes without saying that your denials carry much more weight and substance if you put them in ALL CAPS, WITH LOTS OF EXCLAMATION POINTS!!!!!

When it comes to using denial proactively, it would be hard to come up with a more accomplished practitioner than the Forty-Fifth White House Occupant — and, by extension, his defenders. When he lost the popular vote in 2016, he claimed that he actually would have won except for massive voter fraud. When he was reminded there was no evidence any such thing happened, he nonetheless formed a commission to look into it. When they they came up with a bag of air, he quietly disbanded the commission — and went on making the claim anyway.

Quite frequently, you’ll hear the MAGA cultists declare that “Democrats tried to impeach” him. Well, no, actually, they didn’t try; they did impeach him. And his crimes were indisputable. And yet the Republican-controlled Senate, as expected, acquitted him anyway. And throughout the impeachment, and the Russia probe, Republicans in Congress repeatedly and consistently behaved like schoolyard brats — yelling, threatening, pouting, disrupting, rolling eyes and insisting that it was all a “witch hunt” — even in the face of a long list of indictments and guilty pleas.

So now, the cultists say, “see, he did nothing wrong”. That’s the advantage of being in a position of absolute power; you can turn your denial into the official narrative — no matter how big or stinky the fish is. The WHO’s media defenders, when confronted with overwhelming evidence of his malfeasance — and even, quite often, the damning evidence of his own words — just declare it a “nothingburger” and move on.

Even Michael Flynn, who pleaded guilty (PLEADED GUILTY!!!!) and admitted to committing perjury and lying to the FBI, has been declared an innocent victim by the MAGA cultists. And lo and behold, a partisan appeals court gave them new ammunition by playing along with the denial. Now, they unanimously proclaim that he was “FRAMED!!!!” (BY HIMSELF???) and they want the heads of those responsible.

Meanwhile, they continue to rant and rave about “LOCK HER UP!!!!” and “BENGHAZI!!!!”, years after a very long and thorough (and very partisan) series of investigations failed to find any wrongdoing except by terrorists. No matter; they are convinced that if they keep saying “BENGHAZI!!!” long enough and frequently enough, the facts will eventually go away and be magically replaced by alternative facts.

Denial doesn’t just mislead people. It doesn’t just cause damage to the social fabric. It can actually kill people — sometimes a large number of people. Forty-Five had plenty of warning about the threat of the coronavirus.  But he steadfastly ignored it, and even called it a “hoax” until it killed thousands of Americans. And then he just ignored it in a different way, claiming the situation was under control. While it’s often not a good idea to second-guess someone’s motives, it isn’t hard at all to divine that the purpose here was to do political damage control —  because he and his sycophants have bluntly characterized efforts by medical professionals to contain the virus as being themselves politically motivated measures to damage his standing.

There are times when denial for political purposes very much reminds one of some lines from 1984:

The party told you to reject the evidence of your eyes and ears. It was their final, most essential command… and if all others accepted the lie, which the party imposed, if all records told the same tale, then the lie passed into history and became truth.

The “party”, of course, has become today’s G.O.P. And it has foisted upon the world a Denier-In-Chief who chillingly echoes not only Big Brother’s tactics, but Orwell’s actual words:

One often must wonder whether deniers actually believe their own denials — are they as delusional as they appear, or just extraordinarily crafty and manipulative? It may be either, depending on the specific denier and specific circumstances. But in all cases, the objective is the same: to make the public, through the sheer power of repetition, buy into the delusion by denying that the stinky fish exist. And in that objective they have been extraordinarily successful.