Teller Tells All: How Magicians (and Others) Manipulate the Mind 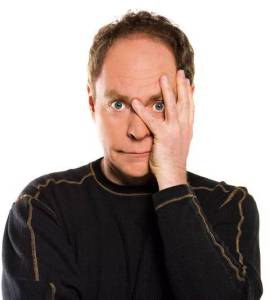 Like just about everyone else on the planet, I’m a big fan of Penn and Teller. Indeed, I’ve probably been a fan longer than most – since I first saw them in 1980, long before they became global superstars. That was literally before they were Penn and Teller; in those days, they were a three-person troupe billed as Asparagus Valley Cultural Society.  The third member, a geeky-looking fellow called Weir Chrisemer, reportedly left the act because he objected to some of the risqué material the other two came up with.

Years later, when I spoke to Teller after catching one of their performances in Las Vegas, I asked him whatever happened to Weir.  Without missing a beat he replied, perfectly deadpan, “we killed him and took his clothes.”  It was a characteristically quick-witted response. Though Teller doesn’t speak onstage, he was once a high school Latin teacher; and he’s always been, like his longtime partner, highly articulate and highly intellectual.

I recently read an article he wrote for Smithsonian magazine outlining the techniques magicians use to fool their viewers. It’s worth reading the original article, because he goes into more detail and illustrates with some specific tricks. But here in a nutshell are the 7 principles:

All of these are interesting to anyone who appreciates a good magic trick – and who doesn’t? But some of them (especially 1, 6 and 7) are quite relevant to other forms of mental manipulation as well.  In fact, one of the most illuminating things about magic is that it helps underscore a fact about human nature that, depending on the context, can be either delightful or disturbing: people enjoy, and quite often crave, being deceived — even many people who are quite intelligent and well-educated. Witness the enormous success of Fox “News”. And many, many cases of the public willingly offering its eyes for the wool to be pulled over.

In the last post, we discussed a deceptively edited video distributed by “pro-life” manipulators that supposedly proved Planned Parenthood sells “body parts” from aborted fetuses. This was unquestioningly distributed by millions of shocked individuals who apparently never stopped to think that “pro-life” radicals might be able and willing to tamper with videos, even though they’d already done so not too long before. The video showed people what they wanted to see, so they assumed they were seeing it.

An even more vibrant example involved a video that wasn’t even tampered with. It was attached to a viral blog post claiming that the clip depicted a lawyer for President Obama admitting his birth certificate was a forgery. The video, of course, showed no such thing; yet millions of people passed it on, believing they actually had heard the lawyer say this, because that was what they really, really wanted to hear.

Or take the Second Amendment. Please. Anyone literate in the Mother Tongue need only read it to see that it absolutely does not unequivocally state that American citizens have a right to own firearms. Yet many Americans are willing to live and even die for such a nonexistent “constitutional right”.  Five prestidigitators on the Supreme Court told them it was there, and they believe that settles it. Not that they needed convincing; they’d already long insisted very loudly that they saw such a right clearly enshrined in the Constitution, no matter how much it wasn’t really there. The fakirs of the gun lobby had already been telling them, long before the Court got around to it.

When a magician fools us, we get something useful out of it – namely, diversion and delight. When a propagandist deceives us, other people get something out of it, to our detriment. Keeping an eye out for the techniques magicians use can enrich our appreciation of being taken in by a trick. Keeping an eye out for the techniques propagandists use can help prevent us from being taken in.