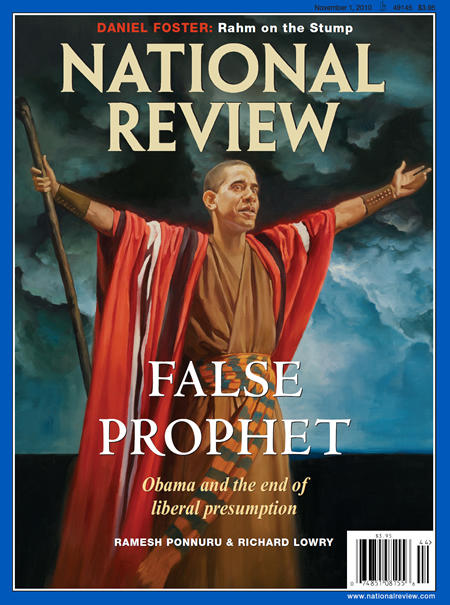 Recently I’ve had occasion to drop in again and check out the lay of the land at the National Review. And it really hasn’t changed much since I first familiarized myself with it nearly two decades ago.

What led me back there was that someone brought to my attention a “review” of the film Chappaquiddick by the NR’s “critic”, Kyle Smith. (I put those words in quotation marks because Mr. Smith focuses on supposed political, rather than artistic, merit.) The caption breathlessly proclaims that the film “exposes Ted Kennedy at last”. This in itself was enough to make me bust a gut.

These are folks who are fond of promoting the silly and ill-informed stereotype of Hollywood celebrities as shallow, coke-snorting, self-absorbed brats who are out of touch with the real world — a myth adopted so people like NR hacks can summarily dismiss, in genetic fallacy fashion, any non-reactionary cause those celebrities espouse.

Yet when the film industry produces a flick that “exposes” a librul icon, they are eager to hail it as a divine revelation of infallible gospel.

And Mr. Smith is just getting warmed up. The first paragraph of this “review” reads:

Chappaquiddick must be counted one of the great untold stories in American political history: The average citizen may be vaguely aware of what happened but probably has little notion of just how contemptible was the behavior of Senator Ted Kennedy. Mainstream book publishers and Hollywood have mostly steered clear of the subject for 48 years.

A quick check of Amazon shows that no fewer than a dozen books about the Chappaquiddick incident are available for purchase, as well as many more books in which the event is at least discussed. A quick check of IMDB shows that it has been the subject of at least two documentaries. What would it take to avoid the charge that Hollywood and the publishing industry are “steering clear” of the subject — obsessive reporting of it 24/7? Been there, done that.

Mr. Smith evidently wants his readers to believe that the tragedy was just swept under the rug by the librulmedia. (Perhaps this is what he was taught in one of those “conservative” college classes.) It’s characteristic of wingers to figure that if they can’t remember something, then it didn’t happen.

But as someone who was both alive and sentient at the time, I can assure you that there was nobody this side of Andromeda who simply ignored the incident. It hardly could have received more media saturation even had Mary Jo Kopechne been wearing a stained blue dress. And years later, when it was still a heated topic of discussion, I recall commenting to someone that the senator must have been driving one hell of a huge automobile considering how many people were so certain of exactly what transpired that they must have been passengers themselves.

Wingnuttery sort of makes sense if you’re willing to ignore (or concoct) enough facts. It isn’t enough that Smith calls Kennedy’s behavior “despicable” without mentioning that the senator was severely disoriented from his injuries, including a concussion.  He also declares, quite falsely, that Kennedy simply “rested” beside the water while Ms. Kopechne was drowning. In fact, despite his state of mental disarray, Kennedy made (as reported by The Boston Globe) at least “seven or eight” attempts to rescue her. But hey, who cares about pesky details when you have an ideology to promote.

While I was in the neighborhood, I also checked out another Smith masterpiece, Sinclair Broadcast Group’s Outrageous Assault on Our Democracy. The topic is a serious one, something that people are rightly concerned about: i.e., the way Sinclair has forced its talking heads to parrot a canned statement about “fake news” that makes it clear the network is goose-stepping behind the 45th White House Occupant. It’s a development that many of those talking heads themselves are quite uneasy about.

Smith, however, snidely brushes it aside in a manner that is his clumsy attempt to wield irony, a technique he doesn’t quite seem equipped for. While superficially striking a posture of concern, he makes it clear that in fact he is a Sinclair goose-stepper himself. He’s also a deft side-stepper, skirting the real issues with statements such as his closing:

Whatever will become of this country if people use the media properties they own to simply say whatever they feel like saying?

Allowing his strained irony to tip over into sarcasm, he scoffs:

Judging by the truth as established by ABC News, NBC News, CBS News, PBS News, NPR News, CNN, MSNBC, and nearly every newspaper and newsmagazine published in the United States, the truth is actually quite similar to what the Left believes.

It’s an obeisant nod not only to the “liberal bias” myth and the “both sides” myth, but to the popular right-wing narrative that certain media outlets (most notably CNN) exhibit biases and inaccuracies of only one flavor. And it’s a foghorn false equivalence to suggest that the sporadic (and mostly inadvertent) journalistic lapses of these outlets — of both a “liberal” and a “conservative” nature — are on a par with constant, round-the-clock, deliberate dishonesty and distortion of an exclusively right-wing bent by the likes of Fox and Sinclair.  Mr. Smith seems to be utterly oblivious to the distinctions between bias, inaccuracy and dishonesty.

He also takes advantage of the opportunity to invoke that trusty old “Hollywood elite” myth with jabs at Jimmy Kimmel and John Oliver. Can he really be so clueless as to be unaware that most comedians are much better informed than the average citizen, much better informed than many politicians and putative journalists — and infinitely better informed than most NR hacks? Speaking of Kimmel, Smith indulges in another false equivalence by suggesting that ABC’s airing of Kimmel’s program over hundreds of stations is comparable to Sinclair headquarters dictating that its anchors parrot a boilerplate disingenuous and manipulative spiel.

And he sneers at veteran newsman Dan Rather, whom he labels as (wink, wink) a “widely respected source of nonpartisan media commentary”. Yes, this is the same Dan Rather who said…

George Bush is the President, he makes the decisions, and as just one American, wherever he wants to line up just tell me where..

…even as Dubya was gearing up to exploit the 9-11 terrorist attacks as a pretext for ramming through a whole raft of fanatical right-wing measures that were often quite unrelated to security. The same Dan Rather who later acknowledged that he failed, for years, to do his job by probing the supposed justifications for the assault on Iraq — a journalist undertaking that, I’m guessing, would have been regarded as hopeless and shameless librul propaganda by the good folks at NR. Most of us might be tempted to deprive Mr. Rather of his Librul Propagandist badge for this kind of neglect. But Mr. Smith knows better: he knows that anyone who fails to hew unwaveringly to standard right-wing talking points is so deep into left field as to be over the wall.

While he’s targeting Rather, Mr. Smith takes the opportunity to focus on a Facebook post that is (slightly) awkward in its wording, and declare that Rather has committed “grammatical lapses” and sneers, “You’d lose your ability to construct a sentence too if you sensed the risk as keenly as Rather does”. This from the same rag that not only touted the virtues of a tongue-tied “misunderestimated” simpleton, but now touts the virtues of an incurious despot who speaks “bigly” in three-word sentences, mostly with himself as the subject. It’s a glaring instance of genuine irony that seems quite lost on the redoubtable Mr. Smith.

Finally, he gets around to quoting the statement with which Sinclair is programming its talking heads, a superficially innocuous manifesto about shunning bias, false reporting, and an agenda in favor of Facts and Truth. Taken at face value, it’s a string of noble sentiments. But anyone who is at all familiar with Sinclair knows better than to take it at face value. Well, except for Mr. Smith, perhaps:

So Sinclair is against media bias, one-sided reporting and fake news? It asserts that truth is “neither left nor right”? Preposterous.

An even slightly perspicacious commentator might have observed that Sinclair’s very act of thrusting a cookie cutter declaration upon its mouthpieces is a damn good indication that it speaks with forked tongue.

And then he segues into the ultimate coup de grace to his own credibility:

Need I say more? These lunatics are actually playing into the hands of [the White House Occupant], who has also said he doesn’t think the media should run fake news.

If you really believe that, you are not merely ignorant. You really shouldn’t try to live on your own without full-time supervision. On the other hand, you have a lucrative career awaiting you at the ever-entertaining National Review.